Firstly, I would like to take this opportunity to express my extreme gratitude to you and your staff for your professional, helpful and empathetic approach to my heel pain.

Having been in a considerable amount of pain for several months I cannot tell you
enough how elated I am to finally be pain free, back at work and enjoying a new lease of life. I have not felt this good in what seems like a very long time.


Thank you so very much, I am truly grateful.
Yours sincerely,
John Cox

“I wanted to write this open and honest review for all those people out there suffering from heel pain and think that there is no solution available… You are wrong!

I started to experience heel pain back in November 2017. As a postman I was finding it extremely difficult to continue with my job. I visited my GP who initially told me it was Plantar Fasciitis and that it would settle down in a couple of weeks and was advised to take over the counter pain killers – Paracetamol and Ibuprofen. It was not long before the pain worsened and these pain killers were just not helping.

I revisited my GP and was then advised to take sick leave from work and rest, which I did for 4 weeks. After 4 weeks the pain had got even worse and by this point I was beginning to feel desperate as it was not only affecting me physically but also emotionally. It was then that I attended an NHS walk in foot clinic. Initially they seemed to be aware of my issues and advised some insoles for my shoes plus arranged an ultra sound of my foot/heal. It was then that I was diagnosed with not only plantar fasciitis but also tarsal tunnel syndrome. They told me that the plantar fascia ( the ligament that connects your heel bone to your toes) had swollen to 7mm when in fact it should only be a maximum of 3.5mm and this was why I was in so much pain. Again I was informed to continue with the pain killers and rest, it would calm down in time.

At this point I was becoming increasingly frustrated and convinced there was more to it. The pain killers and rest just were not working. I then visited a private podiatrist locally who suggested I may benefit from a steroid Injection in my heel. He did state though that this may or may not work. I had nothing to lose so re-attended the NHS foot clinic who agreed to do the Injection plus start a course of shock treatment in the following weeks.

Needless to say there was still no relief from the immense pain I was in.

It was at this point I began doing some research of my own and came across a treatment called Cryosurgery. I discovered that this treatment is widely used in the USA with great success rates. I finally started to believe there could be an end to it all. On further investigation I came across The Barn Clinic based in Sheffield who performed this type of treatment, also with a great success rate. I contacted the Barn Clinic who could not have been more helpful. I found them to be extremely professional as well as empathetic to what I was going through. I was sent an information pack through the post and following further research I decided to go ahead with the treatment. I booked a consultation for a couple of weeks later at the end of April and arranged to stay over in Sheffield to have the procedure done the very next day.

During the consultation I had a further ultrasound to my foot where it was confirmed that the plantar fascia had not reduced in size despite rest, pain killers and a steroid
Injection. In fact the reason I was in so much pain was that the fascia was so inflamed that It was impinging on the nerves in my foot. On completion of a full investigation, plus open and honest discussion with Robin it was thought that the Cryosurgery procedure could indeed put an end to my pain and suffering.

At this stage he gave me an 85% chance of success due to severity of my condition. I felt that this was a high chance and opted to have the treatment which was as planned carried out the following day. I found it to be straight forward as well as relatively pain free. I was put at ease through out and felt completely confident I was in good hands. It was explained that the recovery time would take up to 3 months and included some simple daily exercises. There would also be a follow up after 6 weeks. Well last week I attended my 6 week follow up and I am completely over joyed at the results!

The plantar is back to its normal size and I am now pain free, albeit the odd twinge which I have been reassured will disappear in the following 6 weeks of recuperation.

After suffering in pain for over 6 months with the NHS unable to offer any resolution I am also delighted to say that I have been able to return to work on light duties with the complete support of my employers. Plus due to the number of post men and women suffering with this type of pain and the time they are off work as a result, Royal Mail are now looking into using this treatment as a resolution.

I would strongly urge anybody currently experiencing a similar situation with the feeling of despair to seriously consider this treatment. It may initially seem expensive but how can you put a price on being pain free and enjoying full quality of life?

I can honestly say its the best money I have ever spent. So do not suffer for longer than is necessary!

Overall, I would not hesitate in recommending this treatment and The Barn Clinic to anybody who is suffering in the same way.

Thank you once again to Mr Robin Weaver and his wonderful team at The Barn Clinic.
"Hello
Here is a recent record of my walking ability after 18 months of chronic plantar fasciitis then a visit to Mr Weaver & orthotics "
M. Healey 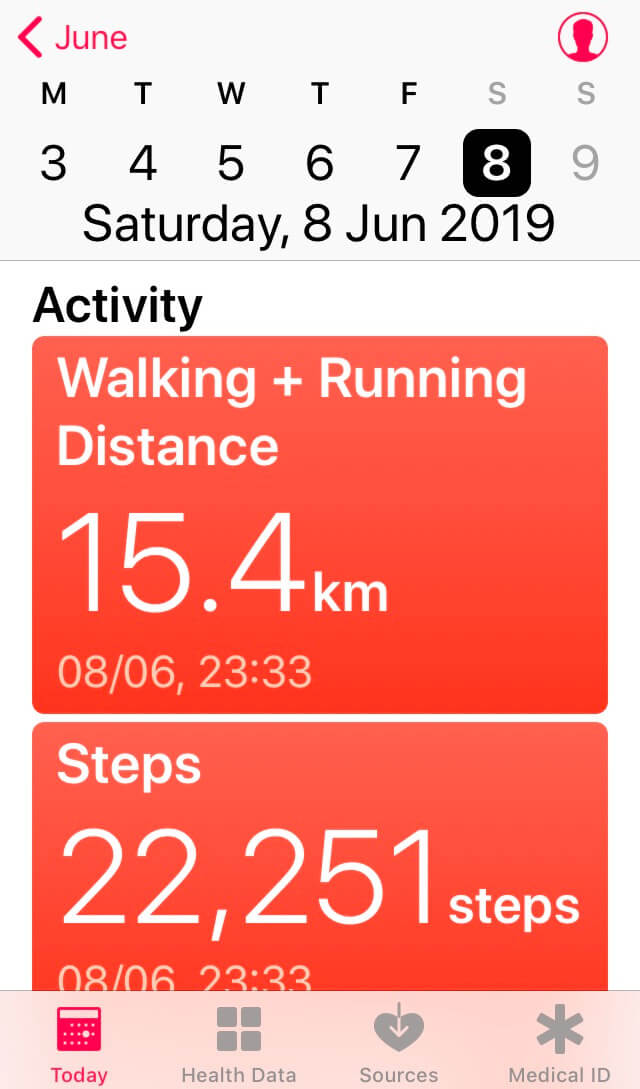